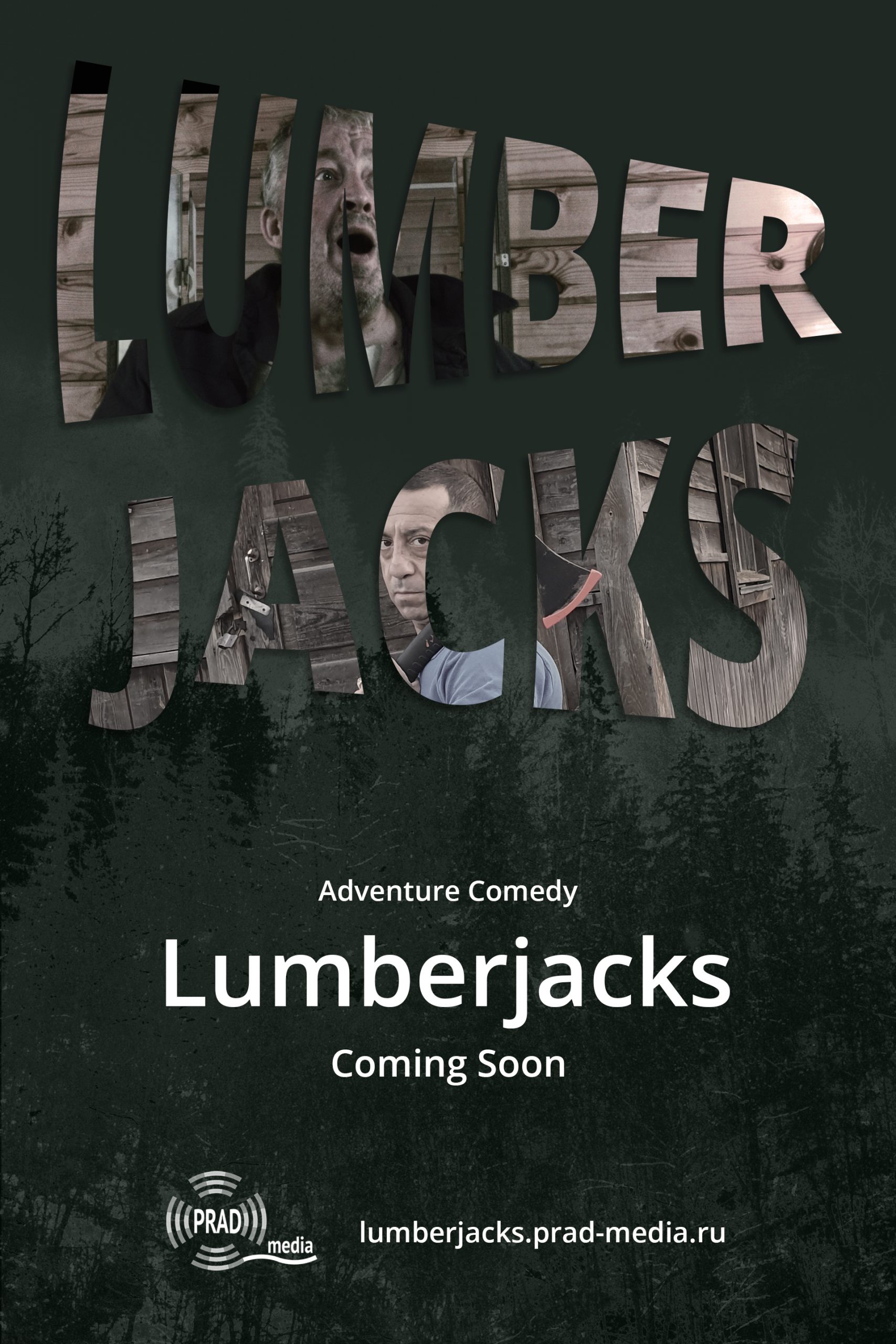 Comedy Lumberjacks is based on a real story. Some timber industry directors say this film is about them.

In September, we started shooting the first frames of the pilot episode. Fixed a problem with the main locations and props.

The film is suitable for product placement, so we invite advertisers from the forestry industry, equipment manufacturers, construction, banking and other industries interested in the Russian market for cooperation. I am the author of the script, so I can adapt the script to the advertisement, which will be organically integrated into the film.

Genre: adventure comedy.
Target audience: for family viewing.
Estimated running time of the film: 90 min.
Number of episodes: it is possible to shoot a sequel, triquel, etc. (scripts of three episodes and a synopsis of the fourth were written).
The calculation of the cost limit has been made.
Received a national film certificate.

IVANOVICH: A lumberjack of medium height. 30-55 years old. A former alcoholic. Shy with women. A simpleton who can be easily deceived. However persistent and with a positive character. It moves towards its goal like a rhino, sweeping away everything in its path. He says what he thinks. Wrong speech is due to living in the taiga. However, his self-confidence makes him a great speaker, whom everyone listens with with their mouths open and believes him no matter what he says. Authority among their own.

BORISYCH: Ivanych’s faithful squire. A young and cheerful lumberjack with simple thinking and speech. 20-30 years old. Shirt guy. Sometimes quick-tempered. But he listens to Ivanovich in everything.

ARTHUR: Raider. Deputy manager of a bank branch, educated and rogue careerist 25-35 years old. Associated with the mafia. Ivanych’s insidious enemy-villain and at the same time a powerful catalyst for changes in the lives of all participants in history.

LYUBA: Beauty-spender. 25-30 years old. Ivanovich’s beloved and Arthur’s industrial spy. She decided on a career as a spy by vocation, after reading detective and spy novels. She works as an industrial spy because she is interested.

TOM: Machine tool designer. Intelligent, slow, dense man 50-65 years old. He got used to living a calm and measured life, therefore, the appearance of lumberjacks gives him considerable inconvenience. In addition, it turned out that he was married to Ivanovich’s ex-wife.

MAYOR: Overweight Finnish man. 45-65 years old. I am glad that lumberjacks showed up and attracted tourists and the press and his small town.

POLICE OFFICER: Overweight Finnish man. 35-65 years old. He suffered that he had nothing to do in the Finnish outback. But with the advent of lumberjacks, finally there was a case and he began to work with enthusiasm.

Synopsis of the comedy film Lumberjacks.

Arthur begins a raider seizure of business from the alcoholic lumberjack Ivanovich. The habitual life of lumberjacks is falling apart, and everyone in the world is scolding Ivanovich for signing debt papers in a drunken state. From Ivanovich his wife leaves to the Finnish buyer of the forest and periodically calls to Ivanovich to make fun of him. But unexpectedly for everyone, instead of traditionally going into a binge, Ivanovich quits drinking and is looking for a way to save the business.

Arthur fears failure and, in order to finish off Ivanovich, sends a spy to him – the beauty and spender Lyuba. Ivanovich falls in love with her, but thinks that such a beauty is beyond his means.

Lyuba’s uncle wants to send Ivanitch somewhere far away from his niece and tells him a fictional story that some ingenious designer is hiding from the Nobel Prize in the forests of Finland. And he allegedly has a unique machine that will enrich lumberjacks and solve all their problems. Ivanovich immediately wants to buy this machine in order to use it to build a palace in the taiga for his beloved woman.

Ivanovich is looking for money in banks, but no one trusts the former alcoholic. A local crime boss instructs Arthur to send money to Moscow, and Arthur decides to use simpleton Ivanovich as a criminal courier. He gives him a suitcase with money at a restaurant, ostensibly as a contribution to a joint business. The waiter overhears them.

Ivanovich is happy. He and his young lumberjack Borisych travel by train through Moscow to Finland to buy equipment. Arthur and Lyuba secretly go with them and look after a suitcase with money.
A Moscow bum hired by Arthur steals a suitcase from lumberjacks and runs away with money from Arthur. Now there is no turning back for anyone. And the lumberjacks, hoping for luck, go to buy equipment without money. Arthur and Lyuba secretly follow them.

Ivanovich hires a translator and negotiates with the designer Tom in a Finnish town, trying to persuade him to sell the equipment for a pittance. The slow Finn is in no hurry and drags out the negotiations, and the Translator misleads both sides. In addition to everything, it turns out that Ivanovich’s wife went to Tom.

Arthur throws fake evidence to the Policeman that the loggers are allegedly international fraudsters, and the Policeman arrests them. But Lyuba is already in love with Ivanovich and is stealing evidence from the police. The Policeman is forced to release the lumberjacks. Arthur, in a skirmish with the Translator, discovers that this Translator is in fact a Waiter and a Bum, as well as a Mafia boss.

Arthur throws fake evidence to the Policeman that the loggers are allegedly international fraudsters, and the Policeman arrests them. But Lyuba is already in love with Ivanovich and is stealing evidence from the police. The Policeman is forced to release the lumberjacks. Arthur, in a skirmish with the Translator, discovers that this Translator is in fact a Waiter and a Bum, as well as a Mafia boss. He spied on everyone.

To get rid of annoying lumberjacks and problems with his wife, Tom signs a fictitious contract. On the occasion of the signing of the agreement, the Mayor is organizing a city holiday. The lumberjack gives a fiery anti-alcohol speech, so hot Finnish lads quickly throw lumberjacks into the car. They throw Ivanovich’s ex-wife into the same car, and Lyuba cannot go to Ivanovich through the crowd. The cortege starts moving. The Policeman and the Mayor breathe a sigh of relief, and Tom admits that this equipment is made in Russia.

(Open ending of the story. To be continued.)

We can make advertising integrated into the film for any timber industry company, for the developer and manufacturer of equipment, machinery and tools for the timber industry.
In addition, in the film we can promote for companies:
From Russia:
– grocery store, dental clinic, mobile phone store and mobile operator.
From any country:
– Developer, manufacturer or supplier of logging and woodworking equipment, machinery and tools.
– banks, leasing companies.
And also we can promote cars and a crossover, timber carrier, telephone, clothes, drinks, newspaper, wooden houses, chainsaws, saws, axes, etc. 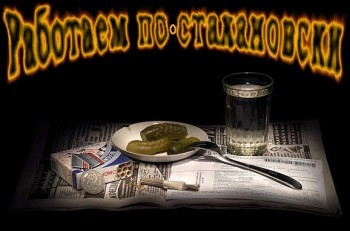 ABOUT US AND OUR PROJECTS

We invite investors, sponsors and partners to our projects.